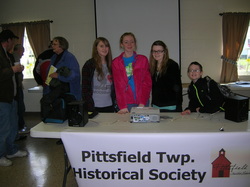 Wellington High School Drama Class, Mr Dave Conklin students: Camille Bowman, Megann Rosecrans, Taylor Petti, created a short documentary about the tornado and interviewed survivors who lived through and shared memories of the tornado night.  The film was captured on DVD.  As teacher Mr Conklin said, " Our goal was to capture this event for history and posterity."  The film was presented at the commemorative event followed by stories from the audience including Charles Jackson, 82 and Gary Sanders, 67 and others.  There were tears in the audience as they spoke their stories.  The DVD is available for purchase from the Historical Society.

4-11-15, many attend the Memorial Plaque Dedication Ceremony at Pittsfield Township Hall.  It was a beautiful sunny day 53 degrees and blue skies for our memorial event.  Refreshments were served and everyone appreciated the gathering. 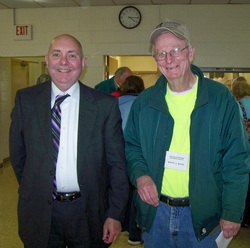 Roger Pickenpaugh, Author and Presenter at the 50th Anniversary and Memorial Commemorative stands with Ralph Hayes, founder of The Pittsfield Township Historical Society and Pittsfield Historian. 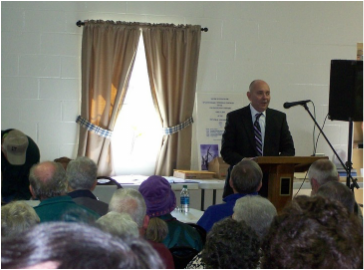 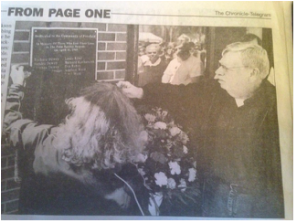 Judy McCurdy and Dave Duchoslav unveil a plaque created to memorialize the victims who lost their lives the night of the Palm Sunday tornado on april 11, 1965.  Judy McCurdy lost her father, Louis Klier. Dave Duchoslav lost Agnes Duchoslav, who was driving when the deadly tornado hit. 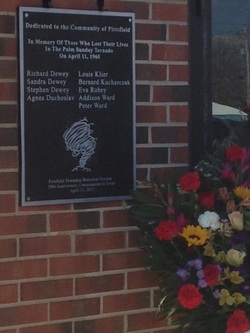 4-11-15~ The 50th Tornado Anniversary Plaque dedicated on April 11th, 2015 to those nine Pittsfield residents who lost their lives and also dedicated to the Community of Pittsfield which was changed forever on April 11th, 1965. The memorial plaque is mounted on the front of the Pittsfield Township Hall. 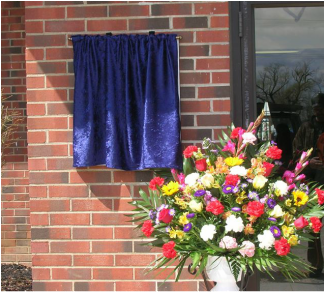 Veiled plaque for Commemorative. Below, the unveiling by families of victims of the tornado. 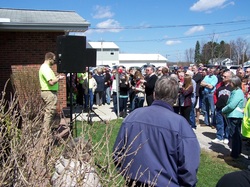 Dan Clark, President of the Pittsfield Historical Society reads the names of those killed during the 1965 Palm Sunday Tornado during the 50th Anniversary Plaque dedication ceremony.  Church Bells were Chimed after Dan read each and every victim's name. The event was well attended by about 215 .  It was a somber, yet memorable event. 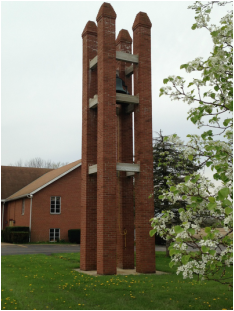 Pittsfield Township, Ohio was completely destroyed by a tornado in 1965.
Take a look at the photo gallery (place cursor over picture below to display the play button):